Who has to report?

On the federal level, any facility that stores or handles hazardous chemicals over 10,000 pounds or an Extremely Hazardous Substance (EHS) at 500 pounds or its TPQ (which ever is lower) is required to submit the annual Tier II inventory. Hazardous chemicals are “substances for which a facility must maintain a SDS under the Occupational Safety and Health Administration (OSHA) Hazard Communication Standard”, which lists the criteria used to identify a hazardous chemical. OSHA defines a hazardous chemical as any chemical which can cause a physical or health hazard. Common chemicals that many facilities store on-site are subject to this reporting. Some examples are antifreeze, ethanol, diesel fuel, and propane.

In addition to the federal threshold of 10,000 pounds for hazardous chemicals, there is also a subset of chemicals called Extremely Hazardous Substances or EHSs which have a lower reporting threshold. EHSs have a general threshold of 500 pounds but thresholds can be lower for specific substances dependent on the Threshold Planning Quantity (TPQ) published for the chemical. TPQs are based on “acute mammalian toxicity and potential for airborne dispersion and represent those quantities of substances that can cause significant harm should an accidental release occur.” The list of EHSs and their corresponding TPQs can be found in Appendix A of the EPA’s List of Lists. There are many common chemicals that are considered EHSs that might surprise you. Examples include anhydrous ammonia, sulfuric acid, formaldehyde, and hydrogen peroxide (if the concentration is over 52%).

A common exemption to the above rules is for retail gas and diesel stations. There are higher thresholds for retail gas and diesel stations if their fuel storage tanks are located entirely underground and the tanks are in compliance with all applicable underground storage tank (UST) requirements set by the federal, state, and local government. For a retail gas station, the threshold for gasoline is 75,000 gallons and the threshold for diesel is 100,000 gallons. More on exemptions and relaxed thresholds later on…

Based on the above information, you’ve determined that your facility is required to report under EPCRA. So what’s the next step?

Under section 311 of EPCRA, facilities must submit SDSs for hazardous chemicals they store onsite at or above the thresholds (reference the section above) to their SERC, LEPC, and local fire department. Unless your state or local government states otherwise, submitting SDSs is only required once and thereafter you would just submit SDSs for new chemicals at your facility.

On an annual basis, facilities are required to submit an inventory of the chemicals that meet the definition of a hazardous chemical and exceed the defined reporting threshold. EPA has published a generic Tier II form. It’s viewable here. However, all states have developed their own version of the form (some with state specific requirements) and require the information to be submitted online via a state specific portal or via email.

The chemical inventory section is much more detailed. You’ll need to provide the following information on the hazardous chemicals you’re reporting:

There are several states that require more information in addition to the above requirements. For example, Maine requires the mode of shipment, frequency of shipment, maximum capacity per single vessel, average shipment quantity, etc. Ohio requests the total number of EHS and hazardous chemicals to be included in the report.

In addition to the chemical inventory information, some states require facility plans to be submitted that show important information like where the chemicals are stored, emergency exits, fire extinguishers, and nearest water source. Check with your state to see if a facility plan is required, what needs to be on it, and what file format it should be in.

After the required information and documents are uploaded and/or completed, several states require facilities to pay fees with Tier II reporting. Some states will bill your facility per chemical reported like Louisiana, Minnesota, and Pennsylvania. Other states, like New Jersey, will bill the facility by the number of employees. Some of the state portals are set up to accept payment of the fees directly while other states will send your facility a bill later and require you to mail a check or pay via credit card. Depending on your state, the LEPCs may charge fees as well.

When is all of this information and documentation due? The annual report is due March 1, which is a deadline set federally. All 50 states follow this deadline except for specific jurisdictions in California. California is divided into Certified Unified Program Agencies or CUPAs for short. Some of the CUPAs require this information to be submitted at different times during the year. In New Jersey, public and private entities have different due dates. For the most part, states require the information before March 1. If your information is submitted late or not submitted at all, you could be subject to enforcement actions or fines. 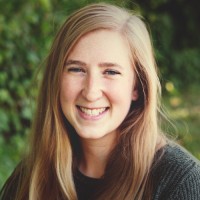 Learn more about the most powerful EHS platform 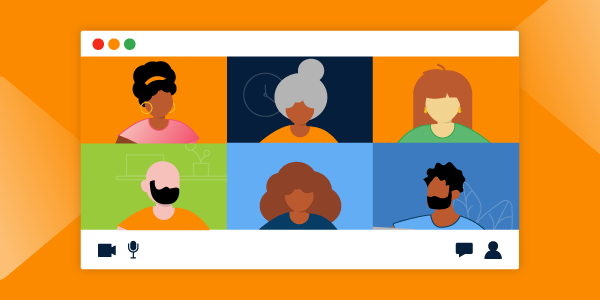 Tier II Reporting and Working Remotely. How to Thrive.

Perhaps the only thing harder than coordinating work for Tier II reports is having to do it from home. But deadlines are deadlines, and the pandemic is still a pandemic. So, here are our top tips for staying focussed and on track, despite these new challenges. 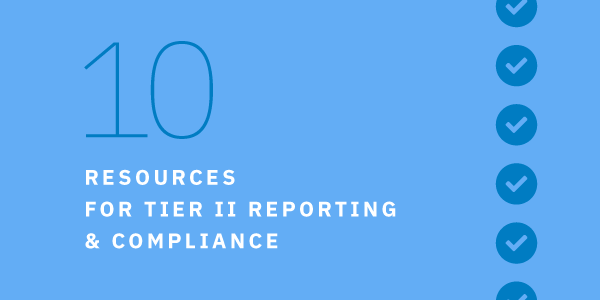 Although Tier II reporting has no magic genie in a bottle, there are some helpful resources to help you navigate the process. We zeroed in on 10 such resources. 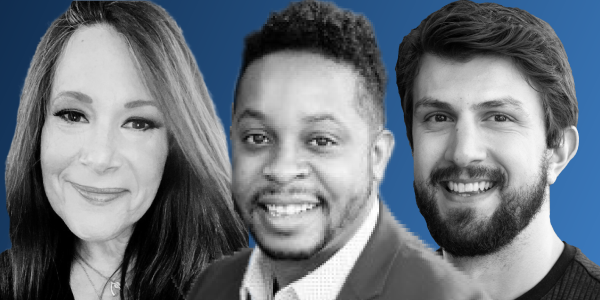 Luke and Brandon (Encamp) and Robin (ANVL) discuss how you can lead your EHS team through the Digitial Transformation, and get them ready to move into the next generation of technology for your team.